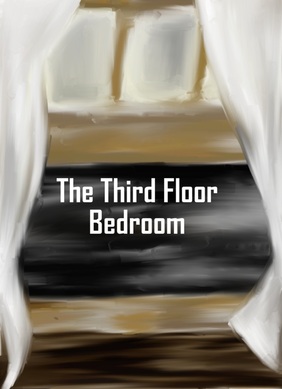 Tap… Tap….Tap, beads of rain beat against the closed window. Claire watched the shadows dance around her room with each flash of lightening and clap of thunder. The alarm sitting precariously atop the tall brown dresser was set to ring at promptly 7 am; it now read 6:15. Claire had yet to sleep a wink, her room felt like a sauna. She popped out of bed and tiptoed across the bedroom, opened the large window with a loud creeeaaaak, flipped her alarm to 7:30 and headed back toward the bed. The cool air drifted into her room and as she lowered her head onto her pillow the room finally went dark.

BUZZZZZZ!!!!Claire, bounced out of bed threw on a pair of ratty jeans and an old sweatshirt, and raced down the stairs into the kitchen. She grabbed a pop tart, juice box, and her backpack as she ran out the side door into the pouring rain barely making it to the bus stop on time. Claire boarded the old yellow bus, when images of the white curtain blowing freely in the corner of her bedroom made her cringe. The windows on the third floor were too remained closed at all times.

Tic… Tock… Tic… Tock, time was moving slowly too slowly. All Claire could think about was the warning her Grandmother had given her when she first moved in six months earlier. “Claire you must never open the windows on the third floor. This is an old house with many secrets.” What could her grandmother be so concerned about? Claire had only broken this golden rule once. Her grandparents came running up the stairs slamming the window with such force that Claire was afraid it would shatter. Her questions were ignored, and over time forgotten.

Loud talking and laughter brought Claire back to reality. Class had ended and a group of students had crowded by the windows in the hallway. A flock of strange white birds had gathered and seemed to be staring back at the children. There were hundreds of birds all sitting idly watching and waiting but for what? Claire couldn’t believe her eyes… they couldn’t be … or could they? Running down the hall and into the office she bagged to go home early. The phone rang and rang but no answer… she tried twice… three… four times before she was sent back down the hall. One hour and she could leave and take the bus, the secretary reassured her that she could make it and her grandparents were safe and sound running errands. 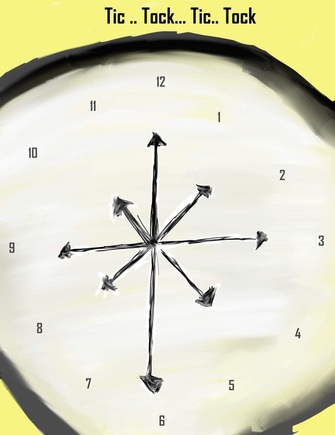 Claire couldn’t think about anything but the window, she kept going over and over the words in her head. “This is an old house with many secrets.” When the last bell finally rang, Claire burst down the halls straight to the bus and impatiently waited for the others to catch up. Forty-five minutes later, the bus slowed to a stop. Claire pushed and shoved her way down the narrow aisle, jumped the steps, and ran straight down the almost abandoned street. The strange white birds hovered above Claire following her from the bus stop, up the street and finally up to the front door. Claire twisted the knob…locked it was never locked. She had put the bag down and dig to find the key her grandparents had given her, finding it resting on the very bottom. When she finally got into the house she found it deserted, she ran up the three flights of stairs finally stopping at the top to catch her breath. As she entered her bedroom, she found it completely bare, even her furniture was gone. The wallpaper once peppered with white birds was now plain, and her Grandparents were still nowhere to be found. Claire searched high and low, nothing no sign where could they be. She slammed the window shut with a loud thud… nothing happened.

“Claire wake up…… CLAIRE WAKE UP….” Her grandmother was standing over her holding the alarm clock in her right hand and gently shaking Claire with the other. “Your alarm fell off your dresser this morning, your late for school” Claire slowly opened her eyes and looked around the room. She couldn’t have dreamed everything. “Grandma did I leave my window open last night?” she asked. Her grandmother looked back at her questionably, “Claire I closed your window after you left for school yesterday don’t you remember coming home sick? You had a high fever yesterday and you were sent home early... you don’t remember anything?” Claire then told her grandmother about the strange dream, and watched as her grandmothers eyes lit up with laughter. “Claire, I think I will keep you home today you must still be delirious.” As her grandmother left the room Claire kept thinking about her dream… was it really all a dream.  As Claire fell back asleep; out of the corner of her eye she seen one of the white birds on her wall flick its wings.